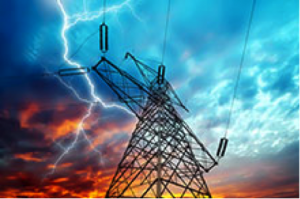 From the wrath of Mother Nature to aging utility infrastructure, power outages were responsible for wreaking havoc in the lives of millions of electricity customers across the nation in 2014. Here, we round up some of the most devastating:

1.  Ice Age. The ice storm that left Philadelphia in a deep freeze on Feb. 5 ranked second only to Superstorm Sandy on a list of weather-related power outage events. More than 750,000 customers were left in the dark, some for several days as they waited for power to be restored.

2. Twistin’ the night away. Some 500,000 customers experienced a July 9 blackout after a tornado struck the New York area.  A meteorologist for the National Weather Service office in Binghamton reported that the storms in and around Madison County “exhibited a lot of rotation,” with tornado warnings being issued during the evening.

3. Taking Raleigh by storm. Heavy rain, wind and ice knocked out power for 463,000 North Carolinans on March 7. The bulk of the outages were in Orange, Alamance and Guilford counties, putting a heavy load on Duke Energy repair crews.

4. Abominable snow fall. A powerful Nor’easter blacked out 350,000 customers across New Hampshire, Massachusetts and New York on Nov. 26.  Many areas saw a foot or more of snow, with the heavy, wet powder on trees and power lines blamed for the majority of outages.

5. Everything’s bigger in Texas. A nasty weather front — deemed one of the Arlington area’s “top 20” storms — left more than 250,000 customers without electricity on Oct. 2. The University of Texas Arlington had to cancel classes, while the utility reported that a large number of downed lines and power poles made the restoration process longer than normal.

6.It sucks getting old. Aging infrastructure was blamed for a power failure that plunged Detroit’s public buildings, schools, fire stations and traffic signals into darkness on Dec. 2.  The major cable failure, which caused parts of the city to go dark for up to seven hours, reflects a larger problem of aging electrical infrastructure around the country that has worried experts for years.

7. Can we get a rain check, please? That was the question being asked by some 200,000 Chicagoans who lost electricity on July 1 after being pounded by torrential rain and hurricane-like wind. The storm also created havoc at two of the nation’s busiest airports.

8. Getting the wind knocked out of them. More than 400,000 Detroit homes and businesses were left without power Sept. 5 after severe storms swept through the state, bringing strong wind gusts and dumping heavy rain.

9. Going to extremes. Extreme weather raged across the mid-Atlantic region July 9, uprooting trees and tearing down power lines across Philadelphia, New York, the Ohio Valley and parts of New England. Approximately 174,000 customers were left in the dark.

10. On the waiting list. As if the winter wasn’t hard enough for many, residents in one East St. Louis apartment building endured an entire week without power beginning Feb. 10. Housing authority officials said they were waiting for a part to come in to restore power to the government-operated project.